Alpha-1 Antitrypsin Deficiency (A1AD) can be detected by a simple blood test that indicates the serum level of Alpha-1 Antitrypsin (AAT). If the serum blood level is low (usually less than 50% of normal), your physician may order other tests that will determine phenotype and / or genotype. Actually, a number of laboratories automatically have further testing done if the blood concentration is below 50% of normal. Specific tests for the various types of Alpha-1 Disease are discussed in the sections on liver, lung and skin disease.

There are two different methods of expressing the blood test results for alpha-1 and this can lead to some confusion among patients. Many of the commercially available standards have an abnormally high normal range (1.5 – 3.0 g/L). Expression as a percent of normal is useful, as this is not dependent upon units and can apply to any normal range. The following is a rough approximation of the ranges / levels and how the two systems of interpretation correlate with each other. To convert from the milligrams per decilitre scale to the grams per litre scale, divide by 100.

Most of the PI variants are associated with a normal concentration of AAT. The normal mean concentration is 1.32 g/L, as determined against purified protein. PI MM individuals usually have plasma concentrations of 80-120% of this mean. Expressed on a molar basis, the normal mean is 25 mM. There is considerable overlap in plasma level between PI types. Generally no further PI typing is carried out when the concentration is above 32 micro molar to ensure identifying any non-MM PI types, as in the Table above. (Some laboratories and institutions have slightly different standards for the various cut-off points.)

PI typing is important because a low level of AAT can also occur for non-genetic reasons, such as in respiratory distress syndrome in newborns, conditions of severe protein loss, liver failure, and during the course of cystic fibrosis Measurement of plasma AAT is not always reliable for the identification of heterozygotes. AAT can show a marked increase (up to four-fold) in a wide range of inflammatory conditions, cancer, and liver disease. Pregnancy and estrogen therapy also produce modest increases.

How to get tested for A1AD in Canada

Testing for Alpha-1 Antitrypsin Deficiency: Measurement of AAT level is the first step.

The diagnosis of A1AD relies on demonstration of low plasma concentration of AAT, followed by (when low) either observation of a deficient variant of the protein AAT by protease inhibitor (PI) typing, genotyping or detection of mutations in both copies of the gene SERPINA1, which encodes AAT. PI*Z is the most common deficiency allele. Ninety-five percent of A1AD results from the presence of two Z alleles (PIZZ).

Phenotyping or genotyping are usually done only when previously measured AAT is 1.5 g/L or less (or below the normal mean for the testing laboratory), OR the patient is a first-degree relative/spouse of a known AAT deficient subject. A request for PI typing when ordered separately should specify the previous result or the subject’s name and relationship for phenotyping to proceed.

Testing for A1AD in Canada

Following a low serum AAT result, confirmatory testing should be carried out to determine if the low level is the result of a genetic abnormality.

There are a few ways to access testing for alpha-1 antitrypsin deficiency in Canada:

1) The Grifols AlphaID™ testing kits make testing for alpha-1 antitrypsin deficiency easy. Patients with a family history of alpha-1 antitrypsin deficiency or low alpha-1 serum levels can contact the Alpha-1 Canadian Registry at https://alpha1canadianregistry.com/contact/ or at 1-800-352-8186, to request a testing kit. An Alpha-1 Canadian Registry Coordinator can discuss optional confidential testing and arrange to have a test kit sent directly to a patient’s home. Alternatively, the Alpha-1 Canadian Registry Coordinator can send a test kit directly to any physician’s office across Canada, if a patient would prefer to complete the test with their local treating physician. All test results are confirmed within 4-8 weeks after returning a completed test kit to Innomar-Strategies, where they coordinate for third party testing with a CAPaccredited and CLIA-approved laboratory. Prepaid shipping labels are included with the Grifols AlphaID™ testing kit. There are no shipping or handling costs for the patient or physician.

3) Alpha-1 testing begins with a routine serum test, and in cases where a low serum level is detected, additional confirmatory testing is required to identify and characterize the presence and severity of the genetic deficiency. Confirmatory testing is widely available to all Canadian physicians. Due to regional differences in the requisition process, the information will be specific to each province or territory. If a patient or physician would like more information about how to access alpha-1 genetic testing, in their region, please contact Alpha-1 Canada at info@alpha1canada.ca.

The gene for Alpha-1 Antitrypsin deficiency (A1AD) resides near the end (telomere)
of chromosome 14. At the genetic level, a grossly simplified explanation of A1AD is
that it is similar to a spelling mistake on this strand of the individual’s DNA. This
‘spelling mistake’ can be transmitted from parent to child.

As has already been mentioned, A1AD is a genetically transmitted disorder. It is something one is born with and can do nothing about. However, there are varying degrees of disorder depending on what i s passed on from parents to children. The range is from normal to severely deficient. MM is normal, ZZ is severely deficient and the others (MZ, MS, SS, SZ, etc) are intermediate. If a child inherits one normal gene and one defective gene, for example MZ or MS, each gene will express its specific protein that can be identified in the blood (co-dominance). In order to inherit full-blown A1AD (usually ZZ), an individual must inherit two defective ZZ genes, one from each parent.

Each parent has two genes for A1AD but can pass on only one to the child. Thus, out of a possible four genes, the child will receive two, one from the mother and one from the father. If both parents have two M (normal) genes, then all their children must also have two M genes. If both parents have two Z (deficient) genes then all their children are destined to have two Z genes. Similarly if one parent is ZZ and the other parent is MM, they, of necessity, must produce children who are all MZ (intermediate level). There are no other possibilities with these genotypes.

Other variations in genetic make-up come into play when the parents are not homozygotes, that is, not MM nor ZZ. The following can result:

While inheriting two ZZ genes means that a person may be predisposed to develop A1AD, it is not a simple cause and effect equation. People who are diagnosed as ZZ have been known to never develop clinical disease. Individuals who inherit only one defective gene are considered to be at little risk for developing A1AD disease, especially if they do not smoke. Individuals who inherit no defective genes are, of course, at no risk for developing AATD or its associated disease.

Note that there are rare deficiency genes that produce NO Alpha-1 Antitrypsin,
and the usual inheritance pattern is altered, so that a parent can appear not to
be the ‘true’ parent.

To test or not to test, that is the dilemma. Those in favour of testing suggest that knowledge is power and that, with knowledge, one can make appropriate decisions. Early diagnosis can lead to earlier and better treatment; relieve uncertainty; encourage changes in lifestyle that could minimize or even prevent the onset of disease; and allow for planning for the future. Concerns about testing revolve around issues of privacy and whether the individual will be branded as ‘ill’ and discriminated against in insurance and / or employment.

There are many factors to consider: the age of the individual; the implications for other members of the extended family (since Alpha-1 is a genetic disorder); the right of informed consent prior to testing; and possible psycho-social effects of a positive diagnosis for a disorder for which there is currently no cure. Genetic counseling can help concerned individuals come to a decision that is appropriate for them.e.

The American Alpha-1 Association’s Genetic Counseling Center provides free genetic counseling for patients, families, caregivers and healthcare professionals, including Canadians. They can be reached at 1-800-785-3177.

Individuals who are diagnosed with Alpha-1 need education and information, but they may also need support in dealing with their feelings or with the other social impacts of a genetic diagnosis. Your doctor and nurse can provide information about your medical condition, but the Counseling Center is there to help you deal with the social issues related to Alpha-1.

Before giving you advice the genetic counselor may first ask you about your personal goals, what resources are available in your area, how many family members are involved, and what kind of economic impact Alpha-1 may have on your life. In this way, the advice and information you are given fits your situation. A particular focus on the family can assist affected individuals; parents and extended family members deal with the issues of Alpha-1. All genetic counselors have special training and expertise in discussing the issues of children. 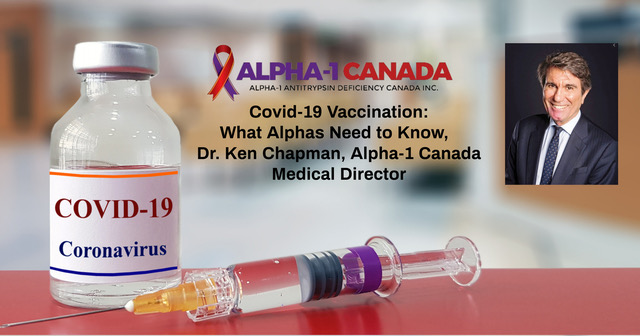