Even through the heartbreak of family loss and adversity, Cathy remains optimistic that there will be an increase in early diagnosis and treatment options for Canadian Alphas.

“My name is Cathy. I live in a small Ontario town called Bancroft, which is at least 1-1/2 hours from the nearest city.

I was diagnosed with Alpha-1 in May of 2010. My genotype is Z/Null. My life, and my family, have gone through some drastic changes since then.

I have four children, three of whom have been tested and are positive for Alpha-1. My eldest son, Jerry, born in 1972, was a ZZ type. He lived life precariously, and ended up needing a double lung transplant in 2013. There were so many complications that the doctors were considering a second transplant. Jerry passed away in 2015 from a brain aneurism before he was able to receive the transplant. My eldest daughter, Denise, born in 1973, has not been tested. My younger son, Allen, born in 1974, has been tested and is also a ZZ type. So far, he has not had any treatments but he is under Dr. Chapman’s care. He is very active so hopefully this will help him stay healthier longer. My youngest child, Angela, born in 1978, also tested positive for Alpha-1 with genotype Z/Null. She developed a very aggressive cancer and passed away in 2011. I am presently waiting on the results of my two remaining brothers’ tests.

I have had to quit working due to difficulties with breathing. I can’t do most of the things I used to do. My relationship with my spouse has deteriorated to the point where we have separated. I can’t play any kind of physical games, go shopping in malls, walk for very long, or play with the grand-kids, just to name a few things.

I am involved in a double blind study with Dr. Chapman and Jane Duke at Toronto Western Hospital. I started in December 2014, so the blinded part of the study is almost finished. I understand that I will receive two years of Prolastin treatments after this stage is done, but I am scared to death at the thought of what lies in store for me when that is finished.

I know some provinces have coverage for Prolastin; so why not Ontario?

I pray that a solution is discovered for people with Alpha-1.” 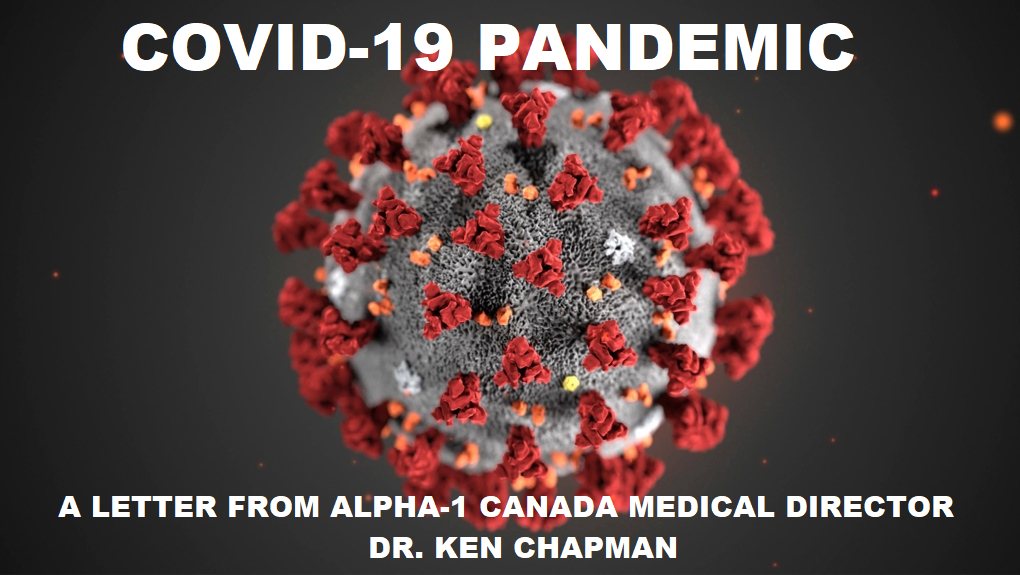